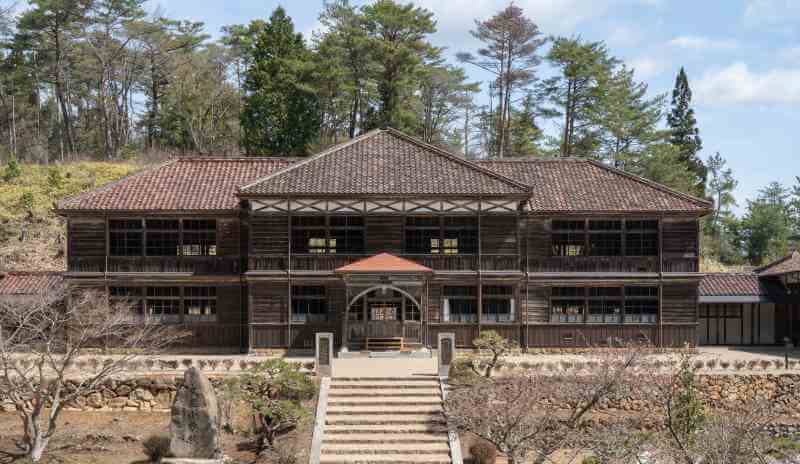 The former Fukiya Elementary School building complex was constructed in stages; the east and west buildings were completed in 1900, and the main building, in 1909. At the time of its closure in 2012, they were the oldest wooden buildings still in use as a school. Over the intervening years, the district of Fukiya thrived thanks to its production of Yoshioka copper mine and bengara. The number of students enrolled in the school peaked at 369 in 1918.

On the grounds, the two-storied main building is in the center, and the east and west buildings are symmetrically arrayed on its left and right. The main building is characterized by its clapboard outer walls and braces under its eaves. A truss structure was adopted for the roof frame.

The design of the main building was entrusted to Saburohachi Egawa (an employee of Okayama Prefectural Government, 1860 - 1939), who also designed the former Senkyo Ordinary Elementary School building (in the city of Maniwa), and the former Kyokuto Kindergarten building (in the city of Okayama), which were designated as an important cultural property by the Japanese government (in the structure category). The building was esteemed as one of the best examples of imitative Western-style school architecture in the latter half of the Meiji era, and designated an important cultural property (in the structure category) by the prefectural authorities.

Beginning in 2015, a project for ground and structural reinforcement preservation and repair through a total dismantling was launched in order to see that this precious cultural property structure would be passed on to succeeding generations. The work under this project was completed in February 2022.

From now on, this building complex is going to be used as a new core facility for disseminating information about the history and culture of the Fukiya area. 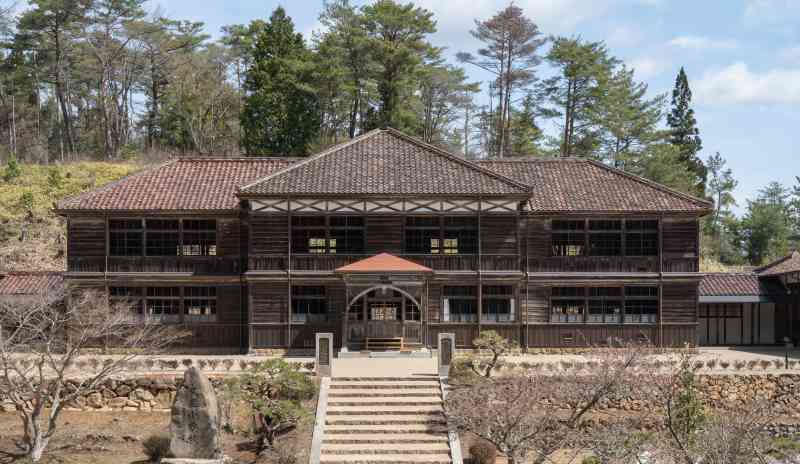 Former Fukiya elementary school buildings
The grounds of the Fukiya elementary school were acquired from Mitsubishi Shokai in 1898. The east and west buildings were completed in 1900, followed…
keyboard_arrow_right
Cannot display due to lack of cookie consent
Reset Cookie Settings
About cookies
This website uses access analytical cookies to provide location information services and better service overall.If you choose not to accept the use of cookies, you will be unable to enjoy our content that harnesses Google Maps.For details, please see our privacy policy .
Accept
Reject